Carl Frampton said he twice re-fractured his hand in camp before his unanimous points win over Tyler McCreary in Las Vegas on Saturday.

Fighting for the first time in a year, Northern Ireland's Frampton inflicted a first defeat on the unbeaten American, with all three judges marking it 100-88 in the 128lb bout.

Frampton, 32, had first fractured his hand in a freak accident in August.

"There was absolutely no way I wasn't fighting," he said.

The former two-division world champion twice knocked down McCreary, first in the sixth round with a body shot before felling him with a pair of left hooks in the ninth.

"I was happy. That was the plan, to target the body," said Frampton. "Tyler is pretty tall. We've seen that he's left gaps.

"My hand wasn't great coming into the camp as well. It's always a bit softer hitting the body than the head. 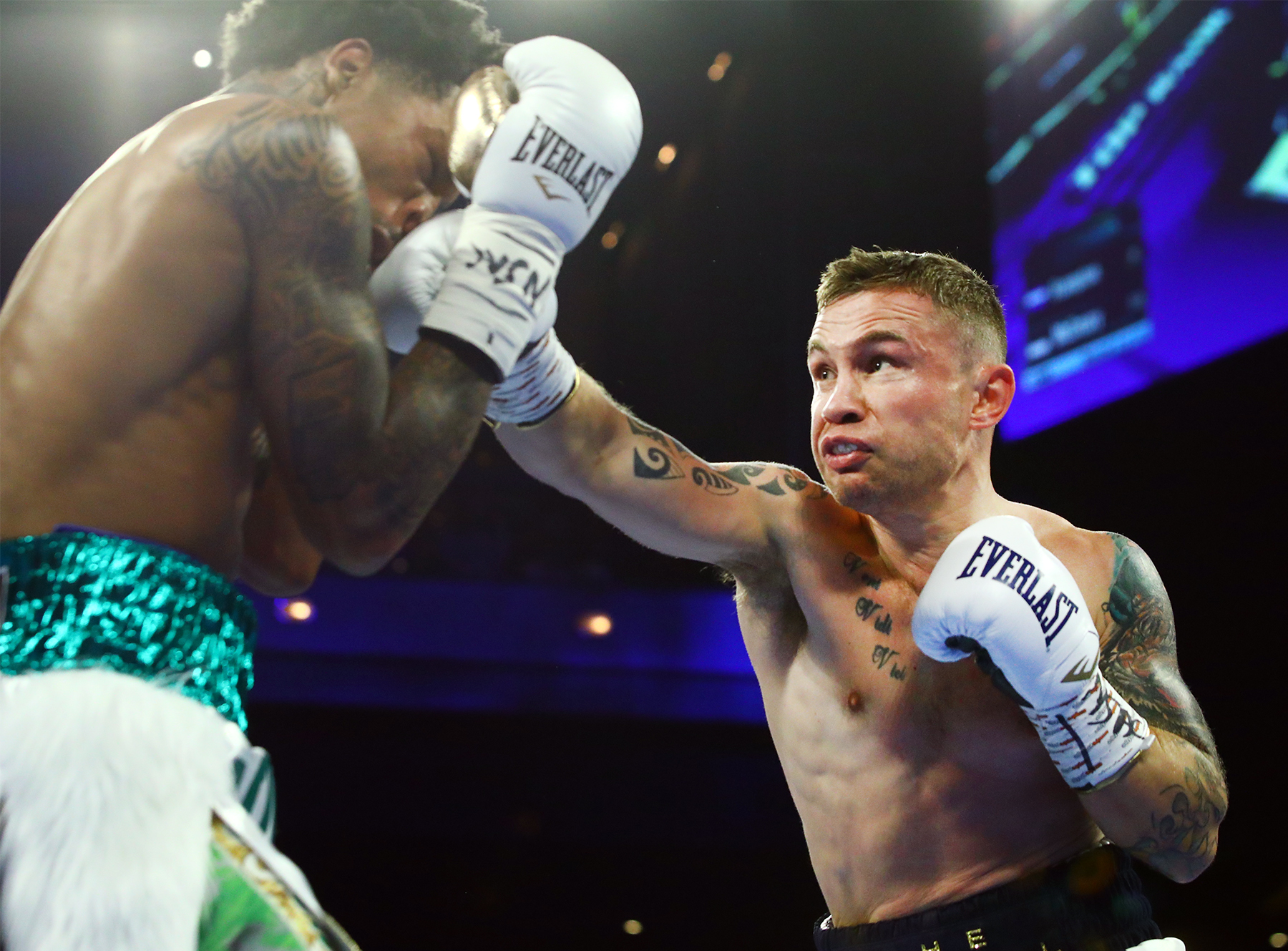 "I feel like I hurt it again in the second round, so that's why it wasn't the most exciting fight in the world, but I just cruised to a points win. I just wanted to be safe with my hands."

If Frampton was to win the belt he would become Ireland's first three-weight world champion.

"I know [Jamel] is the champ. I just want to fight for a world title next," he said.

"I want to be involved in big fights. I would love the opportunity to fight Jamel. I'm not the champion. He's the champion."