“It’s good when you literally can’t think of anything else you’d rather be doing.”

Molly Thompson-Smith’s infectious passion for climbing could have the nation scaling the walls by her words alone.

But the 22-year-old British star is hoping to inspire the country with her actions on the biggest stage of all – the 2020 Olympic Games.

Sport climbing will make its debut at the Games in Tokyo – alongside karate, skateboarding and surfing – and Thompson-Smith will hope to put climbing on the map should she book her place in Team GB.

Speaking to RadioTimes.com, Thompson-Smith waxed lyrical on her passion for climbing, her goals for the future and what to look out for when the Olympics roll around next summer.

She said: “Every now and again I have to just step back and remind myself ‘Look at what you are doing right now, this is crazy’.

“I’m super lucky be able to push myself in something I’m so passionate about.

“It’s honestly addictive because the challenge is always changing. There’s a lot of forms of challenge in climbing, and the fact that it’s never the same means it doesn’t get repetitive.

“When I was a kid I always wanted to be an Olympian – I was the crazy kid who sat glued to the TV watching every single Olympic sport.” 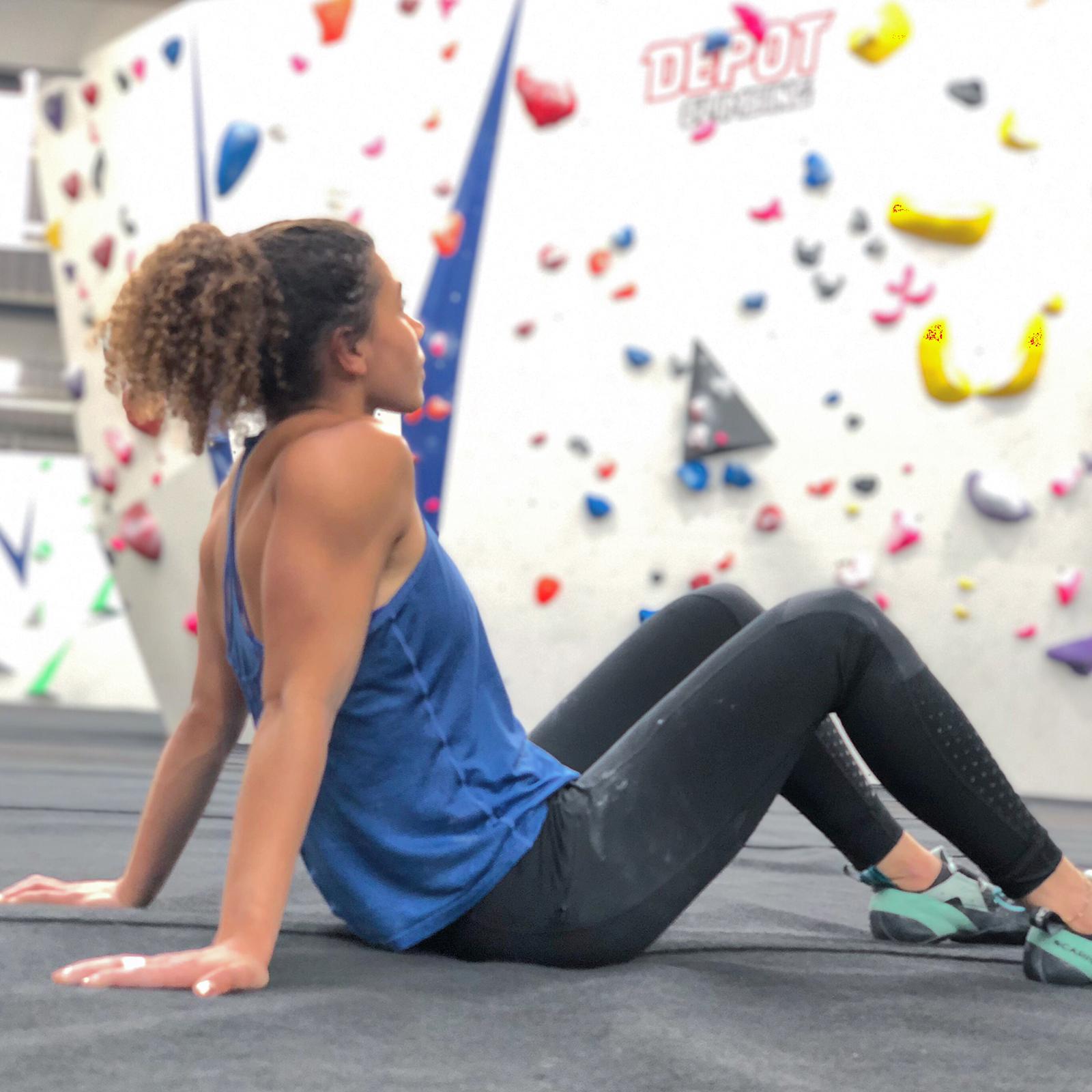 Thompson-Smith had the world at her feet from a young age but opted to use her hands instead as she took up climbing following an unusual experimentation process with a range of sports.

She explained: “I used to have a different sport for every birthday party, I come from a super sporty family.

“I’d been through all the normal ones like football, I even had a handball birthday party – rogue!

“By the time I was seven, I lived just down the road from a sports centre and they did climbing, and instantly I was like ‘I love this sport, I love everything about it and want to go again’ so I joined the club.

“It took a year to get a space because it was so popular – I started climbing twice a week, now it’s most days.

“Even while doing it, it was a journey I didn’t really know where it would go or end. I was just doing it to do it because I liked it.”

More than a decade on from her first experience with climbing, Thompson-Smith is now part of the Sky Scholars program, designed to support promising athletes with financial and physical support as they seek to fulfil their ambitions.

With their help, she has her sights locked on making a first appearance at the Olympic Games alongside her friends, her competition.

“It’s crazy. I’ve never had such a focused and shared goal. All of us competition climbers have the same goal and that is to be there. We’re all friends at the same time so that’s nice.

“No-one really knows the best way to succeed in this, especially as it’s spread over three disciplines which is new to everyone – not a single climber before the announcement that did all three.

“I’d like to break boundaries for women in climbing. It’s a great sport because the difference isn’t huge because it depends on style, a route could be suited to someone who is more flexible or smaller because they fit into spaces better, so I think there’s a real opportunity to push it there.”

It has been a long road for climbing to navigate a path into the Olympics, and Thompson-Smith believes there’s still plenty the sport can do to catch up with more established events at the Games. 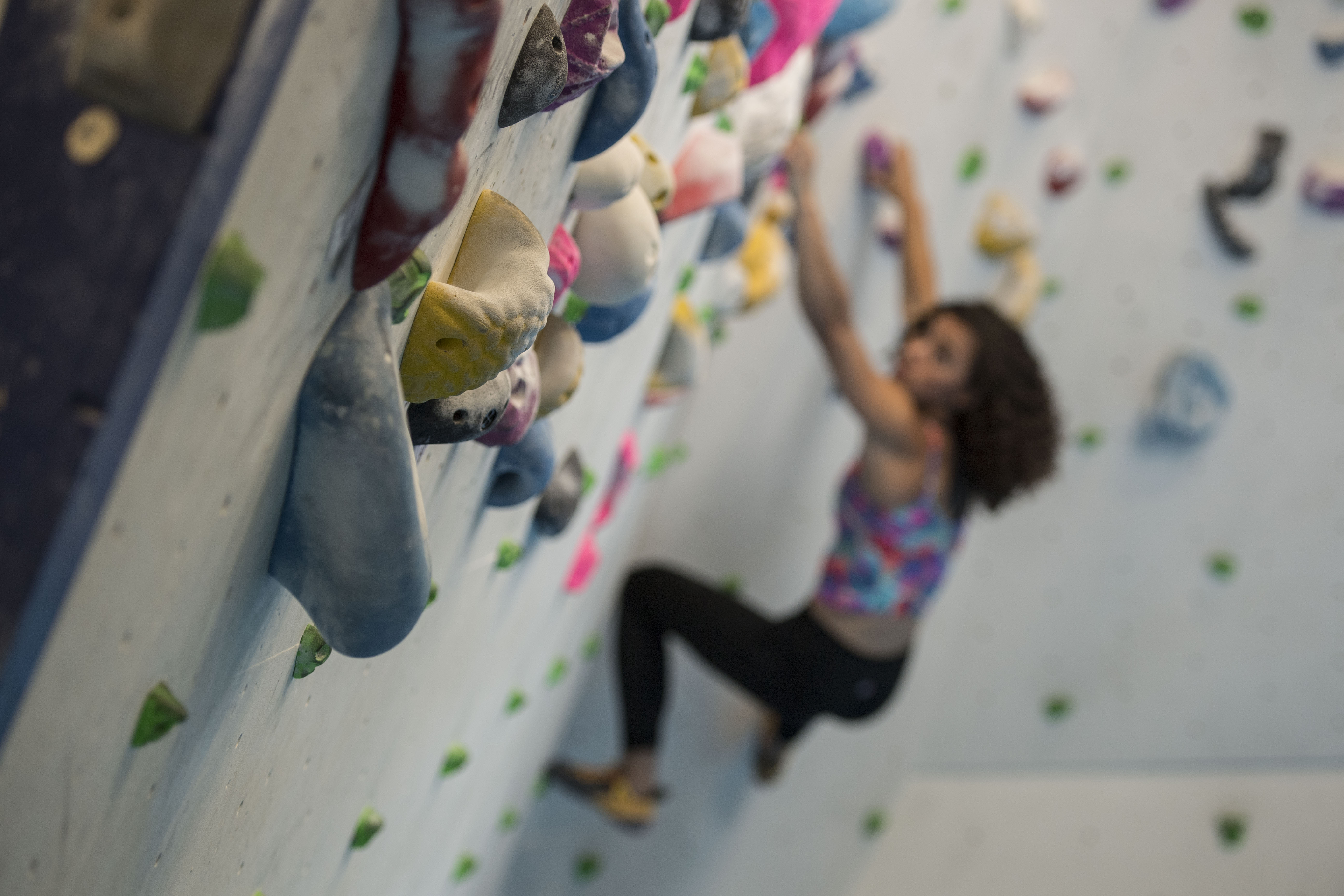 She said: “It’s quite frustrating when people say climbing isn’t a sport. I’ve heard it so many times, and I’m like ‘you try it and tell me how tired you are afterwards!’

“It’s so physical and so mental, and that’s exactly what sport is. It’s quite a trendy sport now.

“I think the main problem is within climbing itself – we don’t treat it as a professional sport and so it will never grow if you just stay within yourselves and don’t try to make it better.

“There’s barely any science in climbing, which I find exciting because it shows there’s such a long way to go in how far we can push our limits, but it’s also frustrating to see other sports and all the science and tech behind them and see what they are able to do with all that. Why are we stuck in the dark?”

“As an athlete in a sport where sometimes people ask whether it’s a real one, it’s nice to see a competition as historic as the Olympics giving opportunities to people to really show we work hard for this, train for this, do everything the athletes and swimmers do. It means just as much to us as them.”

Proving her last statement, when she isn’t scaling a wall with a roof over her head, Thompson-Smith likes to wind down with, you guessed it, more climbing – only without the roof.

Laughing as she explained, the Team GB hopeful said: “I was speaking to Imani-Lara Lansiquot (Team GB sprinter), talking about off-season and she was asking what I was going to do, and I was like ‘I’m gonna go rock climbing’ – it’s my job and my relaxation, my hobby.

“Climbing outdoors is one of the most relaxing, focusing experiences ever. That’s a holiday to me – I can’t remember the last time I went somewhere and climbing wasn’t the activity of the trip.

“Coming from London, I just didn’t go into the countryside. Climbing is the reason I found the outdoors and I’m so grateful for that.

“Climbing on rock is amazing because there is literally just you and the rock – no-one’s going to help you and there’s so many different solutions depending on height, build or whatever your strengths are.

“I feel super alone up there which is nice sometimes, it can be scary, I have cried from being scared on some rocks, but it’s so nice being up there in such control.

“I know I’ll climb for as long as I can that way because it’s what I enjoy doing.”